If you’re thinking of raising money for charity through a T-shirt fundraiser, then SODA Studio’s 2018 campaign is a great blueprint. Sanctuary saw the studio of architects and designers collaborate with a host of London-based creatives – Zaha Hadid, Lovers, and Pentagram among them – on a series of T-shirts to raise money and awareness for The Childhood Trust, and with over 400 T-shirts sold, they were one of our biggest campaigns last year.

We spoke to SODA’s Head of Graphics Katie Stamp her insight on choosing a charity or cause to work with, bringing other creatives into the fold, and running a promo campaign.

Choose A Cause Close To Your Heart

SODA worked with The Childhood Trust to design The Venture Centre community space back in 2017. They really admired the work the trust does in helping some of the 37% of children in London who are affected by issues surrounding poverty and were keen to keep working with them. As Katie says, “Having given time and expertise before we wanted to continue the relationship, being able to apply our graphics skills to the project was a really exciting way to create something that could continue giving to an amazing cause that we feel honoured to support.”

If you want to give something back but aren’t really sure where to start, then groups or organisations you’ve worked with in the past, a charity you donate to already, or even an issue that’s been on your mind, are all good places to start. Plus, it’ll be easiest to really get behind the campaign if you believe in the cause.

T-shirts aren’t just a way of raising funds while your campaign is running; a relevant design will keep raising awareness of your cause long after your campaign has ended. For Katie, this felt really relevant to SODA’s identity as a design and architecture practice, “One of the greatest things about the work we do is knowing that even when your hands come off the project, it continues to have its own life. This is something we were really keen to replicate – a gift that kept giving even after our pencils came off the page.” It helped in this case that SODA had previously incorporated merch into their work, so producing T-shirts to sell felt like a natural step, “As a studio with many strings to our bow, branding is a key part of our business and we have created merchandise before for our clients, so we understand the power and potential of a well-designed piece of merch.”

If you’re working with a number of creatives, all producing different designs, then your brief needs to be clear. It’s the key document that ties your campaign together, and it’ll act as their guiding inspiration too. When it comes to developing it, SODA advocates a considered approach, “Take time to think about your brief, and make sure that you’re communicating something inspiring and uplifting even though it’s tackling a tough topic.”

If you’re working with different creatives, this will make for a range of really varied, exciting designs, “We focused on a broad subject that could be interpreted in a multitude of ways to allow for maximum creativity,” Katie elaborates. “Although often associated with the idea of shelter, sanctuary can be much more personal and introspective, often sanctuary is a feeling that can’t be described. What better way to exhibit the notion of ‘Sanctuary’, something that can’t be described, than with visual communication?”

A Pre Order Campaign Lets You Focus On Design

If your skills lie in design and you don’t have experience working for a non-profit organisation, fundraising through merchandise can seem like a mammoth task. SODA found the pre-order model really worked to their benefit, removing the risk associated with traditional merch bulk printing and providing a way to gauge interest in their campaign. It also helped them focus on doing what they do best, “Being so cost-effective and efficient in its process, the campaign was focused on the message and designs over raising the money to launch it,” as Katie puts it. 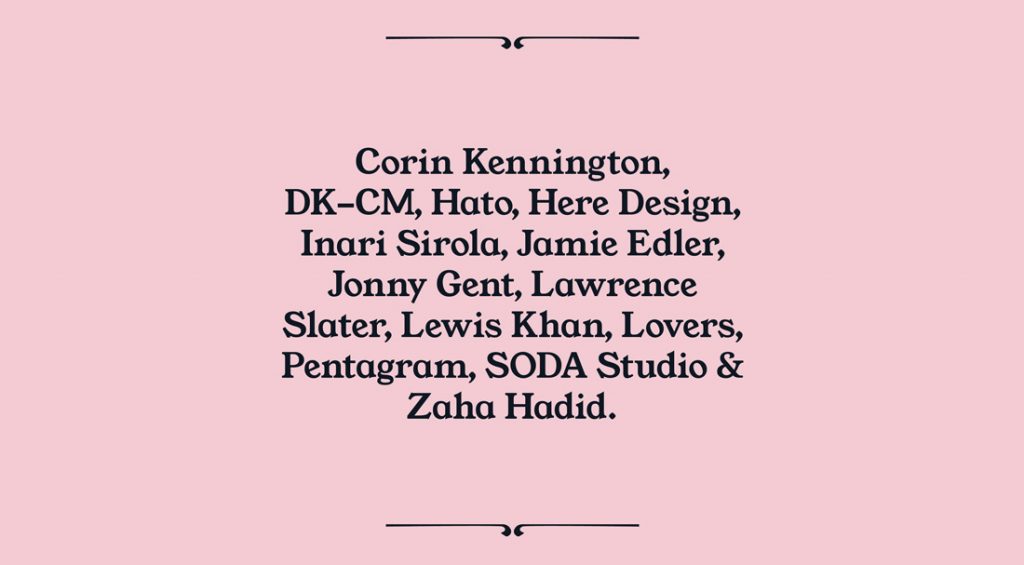 Collaboration adds more to your campaign than you might expect. Sure, you’ll have a load of great designs and get more people involved in a good cause, but it also gives you a chance to work with other interesting, like-minded people, expanding your network of supporters. “We were really keen to make collaboration a key aspect to the project, but in a SODA-esque way,” Katie explains. “We reached out to artists and designers that we felt connected to, whether that was personal connections, ones we admired and adored and even some that were part of the You Can Now community. We wanted to create a sense of community, different people with different skills all brought together by one reason and one cause: London creatives giving back to the children within our capital.”

… And Brings Your Campaign to New Audiences

Something our most successful campaigns have proven time and time again is how much working with different people can help to extend your reach, and SODA is no exception. “Working as a collective allowed us to broaden our audience capture, spreading the message far and bringing in more interest,” Katie confirmed. And part of this, of course, is keeping everyone on the project up to speed. “Be really transparent with the collaborators, they’re on the journey with you and want to know how well their designs are doing,” she says. “They essentially run their own social media campaigns to promote their own designs, so not keeping anything secret and keeping them up to date helped them stay a part of the process and they knew they were making a difference.”

Make a Social Media Plan, You Won’t Regret It

SODA maximised the impact of their social media channels when promoting the Sanctuary campaign, and they reaped the rewards; in Katie’s words, “social media is not to be underestimated if you want to get a message out fast and to a wide audience, that’s the way to do it.”

Being organised will help you stay ahead of the game when it comes to the promo, and SODA made sure they were prepared at the outset, rather than trying to run an ad hoc campaign; “awareness of your campaign is vital, so take it seriously, otherwise you won’t see results.” They really thought about how best to get the word out about their campaign right from the pre-launch stage, and their key takeaways are:

For more tips on running T-shirt fundraisers, see how GOSH charity ran their Then. Now. Always. campaign, or get insights directly from the Everpress marketing team about how we approach our annual 50/50 campaign.