Pick A Cause Close To Your Heart

Conor’s decision to work with CALM was born directly of his own struggles with mental health and his subsequent experiences with the charity. “When I suffered a lot with anxiety and depression I came across CALM and I loved the work that they were doing,” he told us. “They opened my eyes to the huge rise in male suicide. I was shocked to learn that 84 men a week take their own lives in the UK, that’s an epidemic and we need to start making changes.” It almost goes without saying that it’s easier to be motivated to help a cause you feel passionate about. Plus, as Conor’s work goes to show, this doesn’t need to be prescriptive either: though he was well-versed in mental health, the world of fighting was all new to him.

Although Conor’s personal experience inspired him to launch ‘Fighting Silence,’ he was a stranger to the world of fighting when he started out. Sure, he knew the stereotypes about fighters, and he’d noticed that the rise in male suicide had coincided with a steep uptake in combat sports, but that was about as far as his knowledge went. This made for a bit of a learning curve when he started out – “Initially I was quite scared to work in such a tough, masculine environment,” he said. “Attending fights and working with fighters in their gyms can be quite daunting when you’re not part of the industry.”

Still, we tend to learn the most when we feel challenged and his work on ‘Fighting Silence’ has dispelled any preconceptions Conor might have had about the industry. “I’ve learned a lot,” he agrees. “As such a stereotypically masculine sport, fighting seems to come with an expected ego and hard-man attitude. However, I found from working on this campaign and meeting a lot of fighters that this isn’t the case. All the fighters I’ve worked with so far have been very welcoming and willing to speak up about their experiences with mental health.”

T-shirts Are A Symbol

So why make T-shirts? As well as being a great way to raise funds, T-shirts do a brilliant job of bringing visibility and awareness to a cause – you’re literally wearing a message on your chest after all. ‘Fighting Silence’ is all about dispelling the stigma around mental health and encouraging men to be open about their difficulties, so for Conor there was a nice synchronicity in using T-shirts. “I wanted to use garments for the project in order to try and get fighters to wear their pride on their sleeve, and show that they support the cause,” said Conor. “The T-shirts are kind of a symbol to show that although fighters promote their physical wellbeing a lot through social media, they’re also focused on their mental health too.”

Collaboration Can Fill In The Gaps

Conor found that in pairing with graphic designer Josh, he was able to augment the skills he might be lacking as a photographer. “As a photographer who photographs people, I was kind of limited to what I could put on a T-shirt,” he said. “Creating a brand identity for ‘Fighting Silence’ was key in order to spread the message correctly.”

Creating a brand identity for ‘Fighting Silence’ was key

As soon as he saw Josh’s work he knew he was the right fit. “The idea was to create something that fighters would feel comfortable wearing but that people like myself could also wear on a day-to-day basis,” he continued. “Josh was perfect for this. There is a slightly raw edge to his designs which I thought would resonate with fighters as well as being wearable by everyone.”

We love it when talented people come together. What we’ve learnt though, from speaking to everybody from Fruits to No Bad Days to Amnesty International, is that it can sometimes take a little time to develop your collaborative process. When it came to working with Josh, Conor explains that keeping an open mind was invaluable – “Although it’s your idea, it is essential to work together and bounce ideas off each other.”

Be patient too. A bit of back and forth will be inevitable in any collaboration, and it’s this very process of workshopping and development that will lead to a strong final result. As Conor put it, “Don’t expect to get it first go. It took me and Josh about 4 or 5 rounds of brainstorming to get the final identity for the campaign perfect.”

Work together and bounce ideas off each other 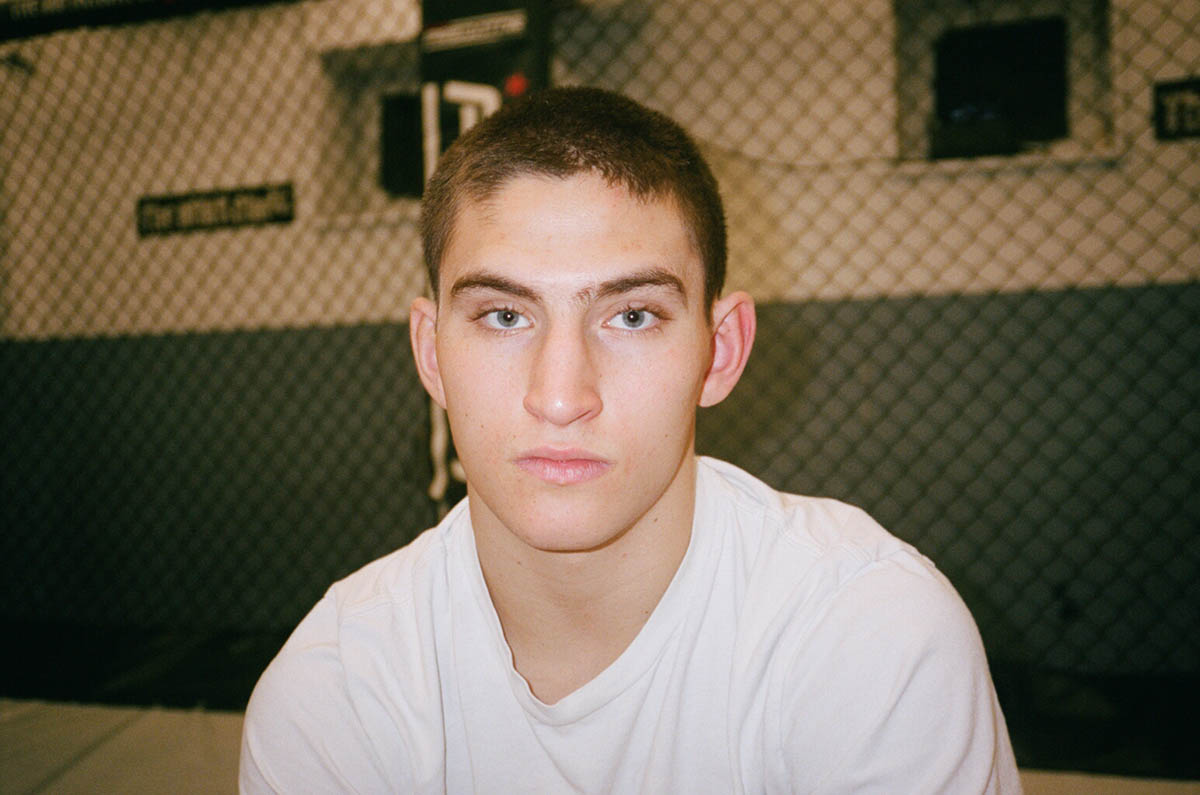 And finally, a word on Conor’s creative process. As a photographer creating T-shirts, he occupies a specific niche. Although the work he makes is visual, photographs aren’t necessarily the most obvious choice to adorn a tee. On this, Conor advocates keeping it pared down. “Keep it simple,” he said. “Work with colours that complement each other and keep your photographs straightforward.” When it comes to inspiration, Conor takes his from anywhere. “Never stop looking for inspiration,” he added. “The posters on the walls of the toilets in Soup Kitchen, Manchester gave me the idea for the poster effect on the Fighting Silence T-shirts.”

Read More: 8 of the Best T-Shirt Brand Collaborations of All Time.

Becoming An Artist With Humberto Cruz

San Diego-based illustrator, digital designer and creative artist Humberto Cruz, shares the story behind I Scream Colour and his journey as an artist.

Repeater Books: Which As You Know Means Violence

Back for the second installment in our Repeater Books series with Philippa Snow’s Which As You Know Means Violence.

Art & Culture — 1 month ago
Previous 16 Visual Artists to Watch in 2020
Next Introducing: Type In Focus