Getting your first commission is a huge milestone in any creative career, and often a turning point for artists who want to make a living. There’ll always be stories of the illustrator who was discovered while still studying, or the designer who landed a huge Nike project straight out of university, but for most people, the path is a little more winding. Feelings of disheartenment are hard to avoid, particularly in a time when other artists and illustrators are presenting highly edited versions of their own careers on social media. But the first step to getting your first piece of commissioned work is to just keep on making – regardless of whether anyone’s paying you to do so or not.

Be As Prolific As Possible

“Share work, and share a lot of it,” says illustrator Kyle Platts, whose first commissioned project was a set of spot illustrations for Vice magazine. Platts chalks his success up to his persistence. He handed out handmade zines at now-defunct illustration fair Pick Me Up – which is how he got the attention of a Vice editor – and also ran a blog which he updated regularly with comics and vignettes. This helped him get his second major commission, a book for publishing company Nobrow. For him, being able to show that you’re constantly creating is key to being discovered.

“There are so many people graduating constantly, and some are really good, but it doesn’t seem like they’re serious about working in that industry unless they’re really prolific,” he told us. “From my own experience, and now knowing art directors, they can tell if someone is serious about working professionally and it’s usually based on the output and how much they’re doing. What that means for me is that even if no-one’s hiring you, just do work anyway. Make your own briefs, or comics, and be as prolific as possible. People take it more seriously.”

Artist Aistė Stancikaitė has similar advice and adds that young creatives shouldn’t obsess about getting work immediately. “The more you make, the more you have to show on Instagram, and every other platform you’re on,” she told us. “Show as many people as possible, and at some point, they’ll start coming back. Don’t expect things to happen straight away – just be persistent, keep making, and don’t just reach out and wait for something to happen. Carrying on with what you’re doing is the most important thing, and what I try to do if I don’t have any work.”

Stick To What You’re Good At

As with anything else, design and illustration are subject to trends, and it can be tempting to fall into these. However, both Platts and Stancikaitė emphasise the importance of developing your own style, without worrying about what other people are doing. Experimenting with different ways of making is useful, but potential clients and art directors need to be able to understand what’s at the core of your work. For those creatives wondering if they’re going to have to compromise their approach to land that first big commission, that’s certainly not the case either. Platts made no concessions in the early days of establishing himself, and although he says he was surprised clients were interested in his “violent gross-out” style, he believes up-and-coming creatives shouldn’t feel the need to minimise or commercialise their approach.

“You get people’s attention by doing that kind of thing, if that’s what you naturally do,” he says. “If it’s thought-provoking and has context to it, then don’t tone it down. Good art directors can see the potential and the creativity in it. What’s more important is developing a style that’s consistent. It’s dangerous to be wildly trying crazy different things and not having any consistency. If you’re putting out loads of different styles on your Instagram, then art directors will have no clue what they’re getting into. I tried a lot of different stuff out when I was younger and it’s good to do that, but it has to develop slowly for people to be able to digest it.” 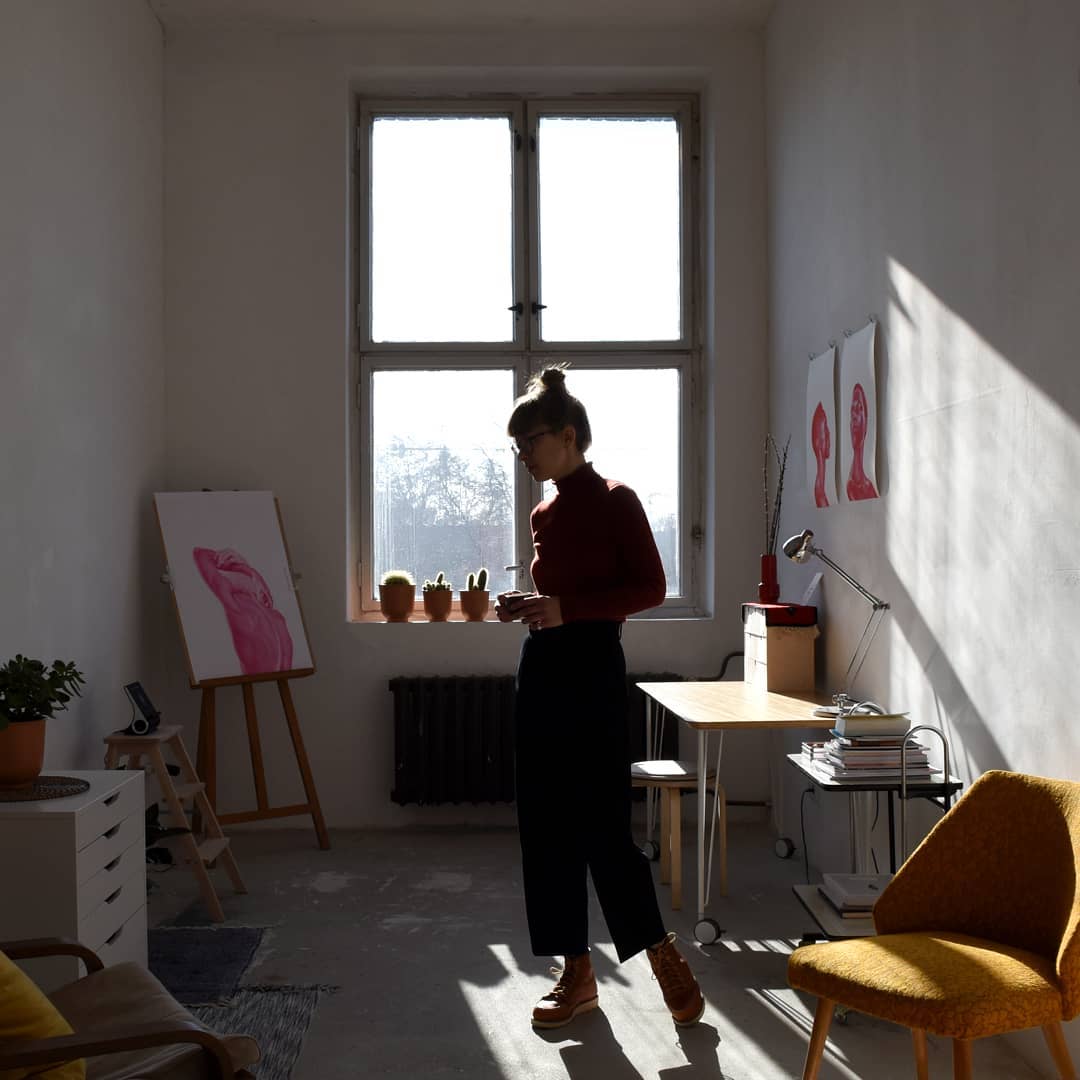 Stancikaitė also believes in staying true to your own approach, even during moments of doubt. “I still have moments where I think ‘I wish my work was like this or that’ because then I’d be getting more varied commissions, but then I’d never be good at anything other than what I do. I’d just disappear in this mass of people who do the same thing. It’s good to stick to what you’re good at and push that further, instead of thinking how your work should be and comparing yourself with other people. Trends come and go, and if you do what you really want to do, you carve your own path.”

Building up a strong foundation of work might be enough to get you noticed by someone, but in the absence of a stroke of luck, getting your first piece of paid work requires a bit of leg work too. For Stancikaitė, her first commission came when a fashion designer found her work on Behance, but to turn that into a career she also had to spend some time building contacts. After researching brands and magazines she knew she’d like to work with, as well as local design and creative agencies, Stancikaitė spent several weeks just sending out emails. Although she says she was pessimistic about this approach, it was surprisingly successful – if a bit of a slowburner. Within six months she’d landed four or five commissions as a result, and Stancikaitė says that even years down the line she still occasionally gets contacted by people from her initial round of emails.

Bounce Off Your Peers

For most emerging artists, the next big question is how much to charge. For Platts, having a group of friends to use as a soundboard is essential. Clients will often ask artists to quote, rather than stating their budget upfront, he says, which means it’s helpful to ask someone who’s done a similar job how much they charged. “Bounce off other people with more experience, and see what they got,” suggests Platts, who still meets the people he graduated with on a regular basis, using them as a support network and a place to swap war stories. He recommends up-and-coming creatives do the same, saying that your fellow graduates can become a valuable resource as your careers progress.

Most people’s success isn’t as straightforward as it seems

With such an unpredictable mix of luck, hard work and random chance, that first big commission can prove annoyingly elusive. For every illustrator who’s posting major projects on their Insta every week, there’s a cohort of creatives quietly working away as they try to break into the industry – and it’s crucial to remember that most people’s success isn’t as straightforward as it seems. Landing paid projects means being persistent, being patient and, most importantly, never stopping making.

Read more: Getting Signed to an Artist’s Agency with Grand Matter.

Refinery29’s Carli Whitwell on abortion access in a post-Roe vs Wade U.S.

Are Capital Cities The Future For Creatives?

In a post-pandemic landscape of spiralling rents and costs, Anna Cafolla considers the changing relationship between creatives, capital cities, and regional places.