To kick things off, can you tell our community a bit about yourself?

I’m Emma, I run a pottery brand that you may have seen on Instagram – it’s called Pot Yer Tits Away Luv. I aim to normalise real bodies and relieve the pressure of unachievable beauty ideals by creating a platform where all different bodies are celebrated. I’ve been making pots and captioning my posts with terrible puns for around 2 years and I’m located in Leeds.

Each pot is completely unique much like the bodies they’re inspired by.

Can you tell us how the first of your ‘tit pots’ came about?

The first pot I ever made was actually a gift for my ex-boyfriend (unfortunately he was my boyfriend at the time). It was a representation of myself and I never thought for a second that anyone else would be interested. The whole growth of my brand has been so organic that I didn’t really have much time to think about expectations. This has definitely helped me as I’m a massive self-doubter.

After my first pot, I created a small batch of pots that were diverse and sold them through Instagram. Since then it’s just been about creating an environment where people can come and see all sorts of different bodies shown in a positive light. It’s been a slow road to inclusivity but I feel like I’m finally getting somewhere.

It was the perfect message to promote on a T-shirt

Has pottery always been an interest of yours? How has your style developed since then?

I was always really interested in pottery at school. My secondary art teacher wouldn’t let me work with clay because he didn’t think I’d be any good at it. Imagine the titty pot empire I could be sat on right now had he encouraged me! It was only when I started experimenting with clay in 2016 that I grew more confident. After that, I decided to enrol in a ceramics night class.

When I first started out I made coil pots but soon figured out that I much prefer the outcome of slab pots. Since then my practice hasn’t really altered much. I work mostly from photographs and try to make them as lifelike as possible. Although I always leave my mark on them. Each pot is completely unique much like the bodies they’re inspired by.

Designing my T-shirt was a completely different process to making a pot. Usually, with a pot, I have the finished idea in my head before I begin. Whereas with the T-shirt I wasn’t sure what I wanted the end product to look like right up until the last moment. I make pots all the time so it’s almost second nature, whereas with the T-shirt design I was way more out my comfort zone and it was a lot more experimental.

What is the idea behind your design? Why is this important to you?

The idea of body neutrality is something that I find freeing

It’s definitely something that women, in particular, are shamed for so I thought it was fitting for the IWD campaign. The design itself is based around a Fernand Léger exhibition I saw recently in Liverpool. I loved his work titled “Cirque” so the abstract graphics are loosely inspired by that.

Generally, your work is a celebration of real bodies, why do you think it’s important to support body neutrality?

I used to be described as a “body positive artist” all the time and now it makes me feel uncomfortable.  The body positivity movement was created for marginalised bodies and has been hijacked by non-marginalised bodies. As a white, able-bodied cis person I don’t feel right using that term to describe my work even if it’s not always my body that I’m representing. 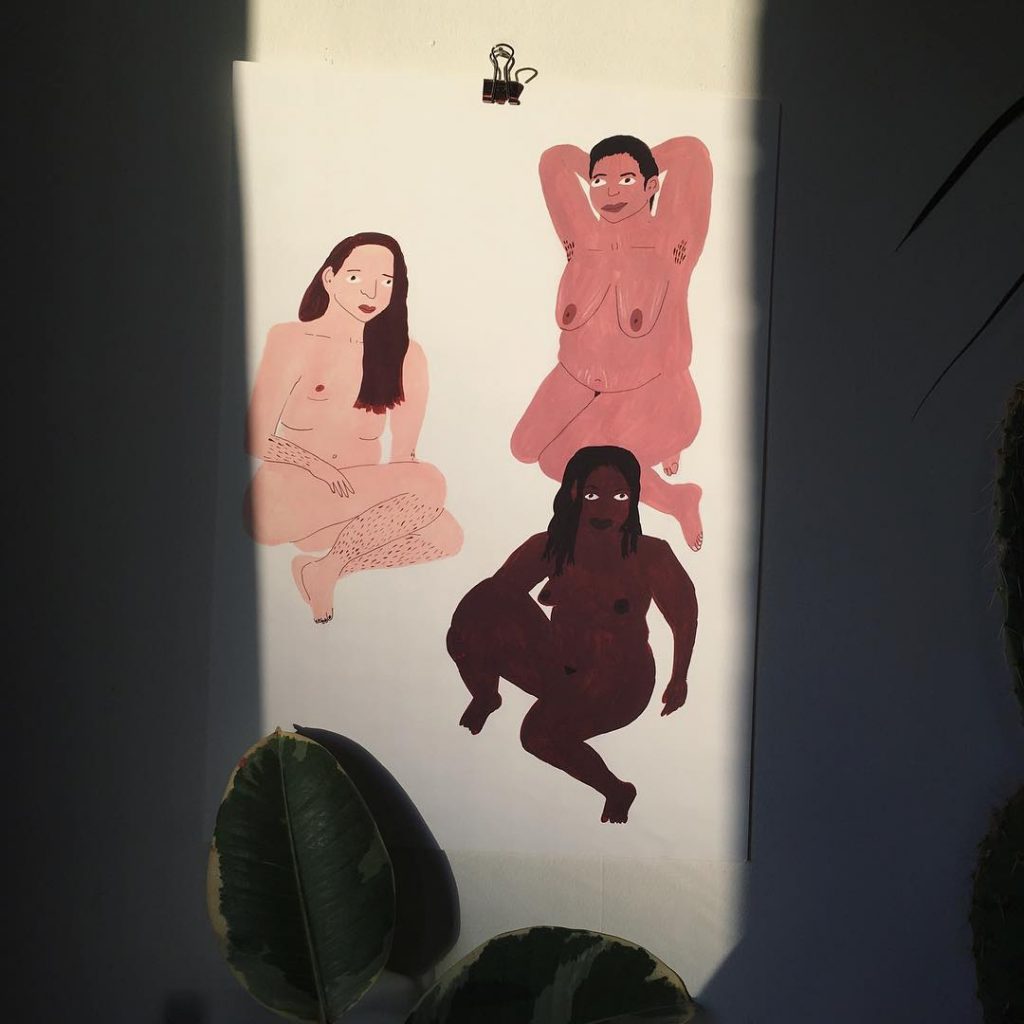 The idea of body neutrality is something that I find freeing, not being confined to loving or hating your body but just existing as you are. For me, there should be no direct link between how someone feels about their body and their worth as a person.

What does it mean to you to be able to take part in this campaign alongside such a strong cohort of amazing female and femme-identifying artists?

I still find it hard to take myself seriously as an artist so it means a lot that I’ve been asked to be involved in this project and be featured. I think a lot of people fall for my faux bravado when actually underneath it all I struggle hugely with feeling like a complete imposter. 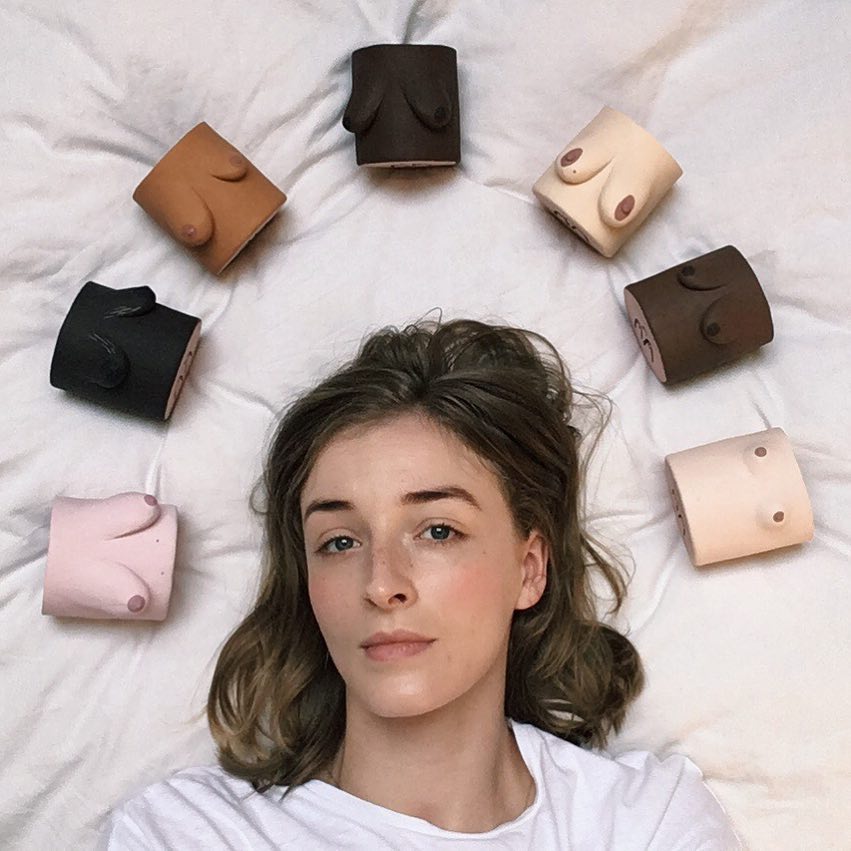 It’s a massive deal to me to be asked to be part of this campaign alongside other femme-identifying artists, especially as it’s forced me to push my creativity further.

What three tips would you have for other young creatives looking to pursue a career in doing what they love?

And finally, are you working on anything exciting in 2019?

I’ve got quite a few exciting as well as daunting things in the pipeline. The last 2 years of my life have been incredibly crazy. I feel like I’m only just catching up, I hope 2019 treats me with the same generosity and kindness.

Get to Know: Gaurab Thakali

The London based illustrator making waves in the music and skate scene.

We had a chat with old skool raver turned fine artist Daniel David regarding his love of rave culture, BMX, and traditional stonemasonry.

To be unique in a world that's saturated with amazing visuals is no easy feat. Somehow, though, Swedish visual artist Kom Tillbaka has found a way to navigate the world of graphic and visual art with seeming ease - maintaining a unique flavour from day one.

News — 4 years ago
Previous Beyond The Digital Realm with Brodie Kaman
Next Process: HEY Studio