Here’s a quick list of 14 books about or heavily featuring T-Shirts that you should buy on sight if you get the chance. Some are readily available, some are gold dust, and the rest sit somewhere in between, but all of them are great reference books if you have an interest in tees, you’re looking for some design inspiration, or you simply want to learn about the history of your favourite brands and the tees that influenced them. 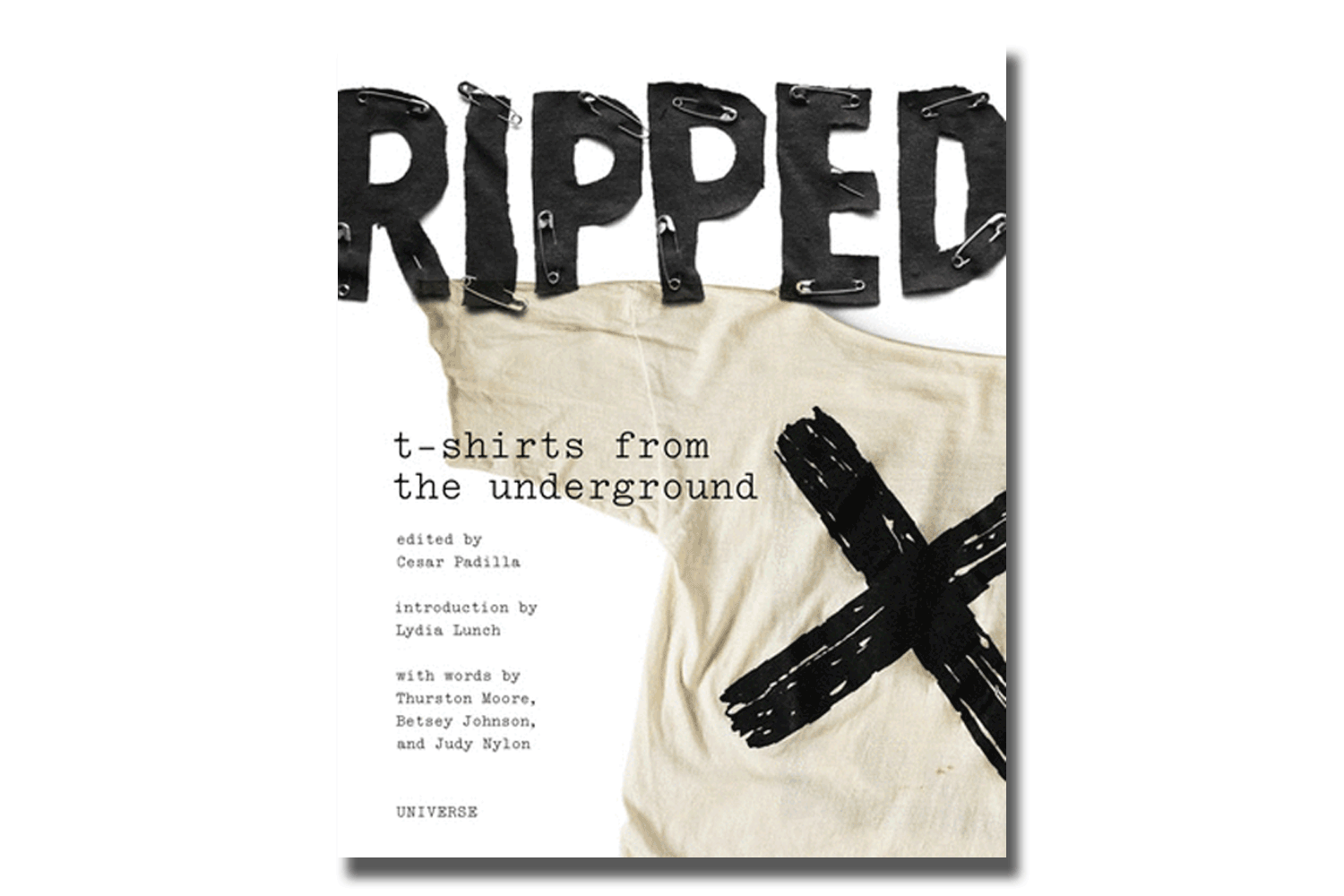 Ripped: T-Shirts from the Underground, 2013.

The first book to document T-Shirts of the pop-punk and indie periods, this book is entirely dedicated to the tees of musical counterculture movements. Sonic Youth, Patti Smith Group, Yoko Ono, Kraftwerk, Blondie… they’re all there and many more. 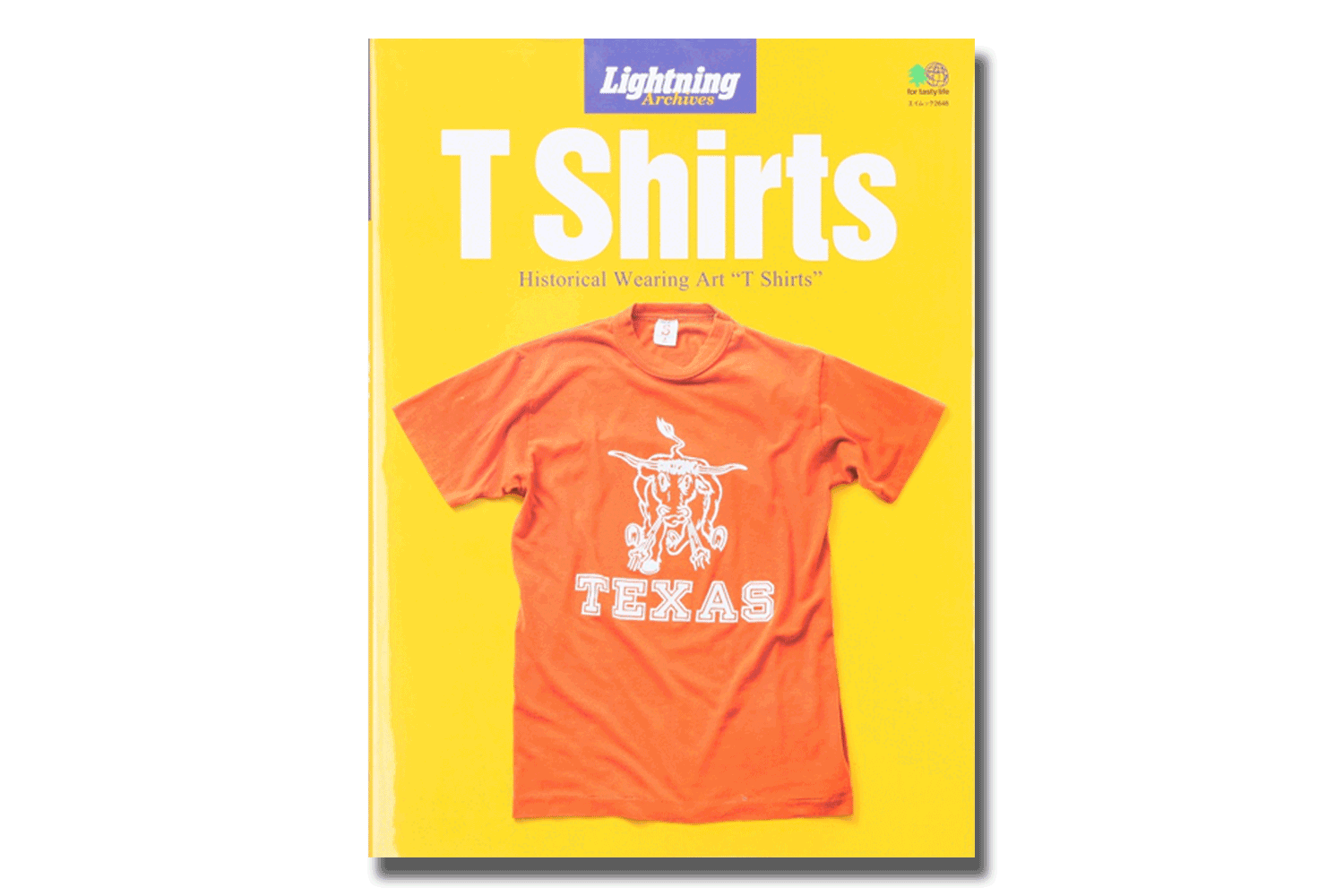 Sitting somewhere between a magazine and a book, Lightning Archives is a legendary series of Japanese archival reference books that most of us who buy them can’t actually read. BUT, they are full to the brim with unique photography of every detail of all kinds of vintage gems, including close ups of the labels. This one in the series focuses specifically on “Historical Wearing Art T-Shirts”, including Stüssy, Champion, Russel, and even Popeye and Superman. 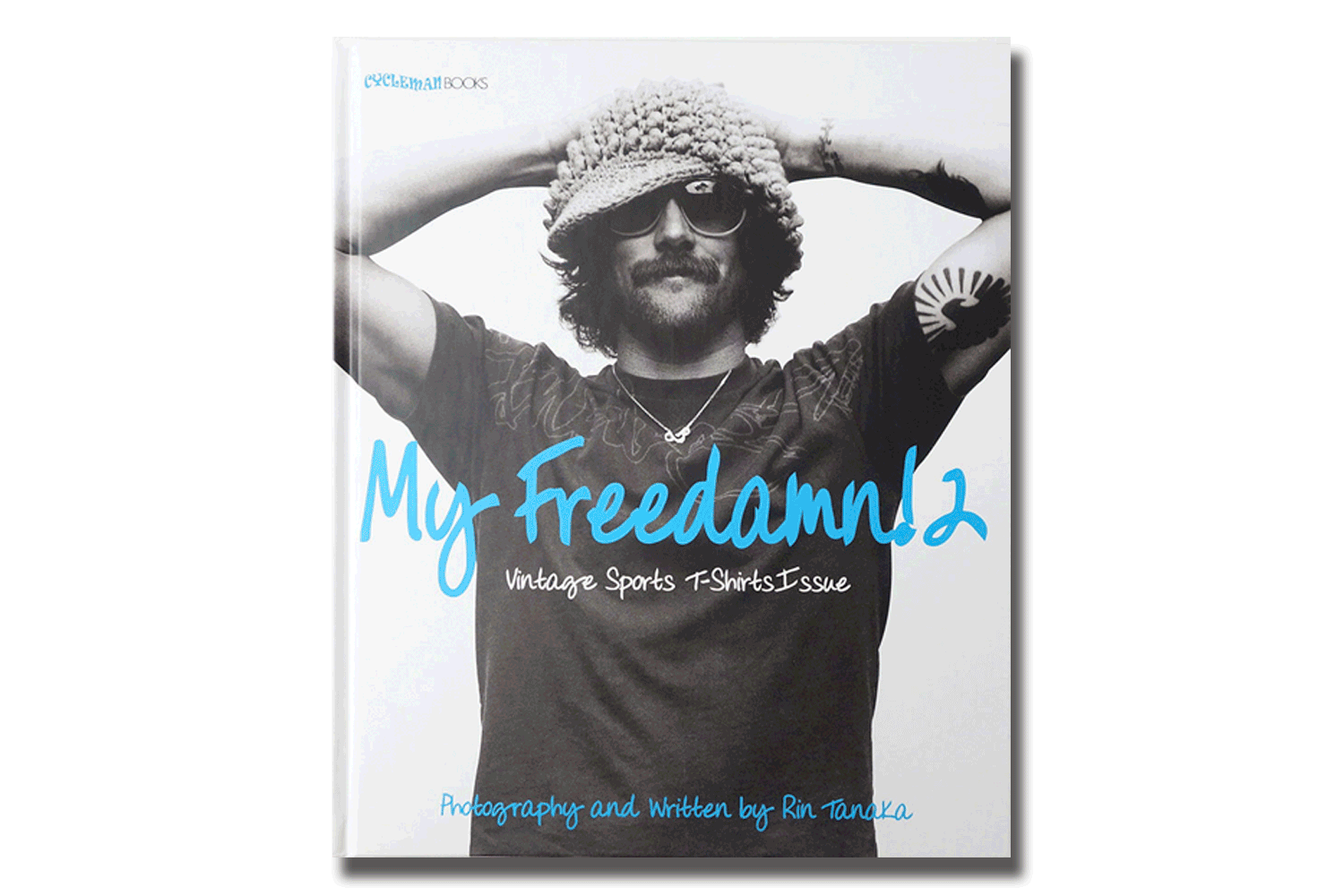 The second book in what went on to become a long series of self-published archival works by Rin Tanaka, this series saw one man travel the world, meeting with collectors to document the history of T-Shirts and their beginnings as a humble promotional tool. It’s not the easiest to find, and it doesn’t usually sit on shelves for long, but it’s also not too pricey, so keep an eye out. 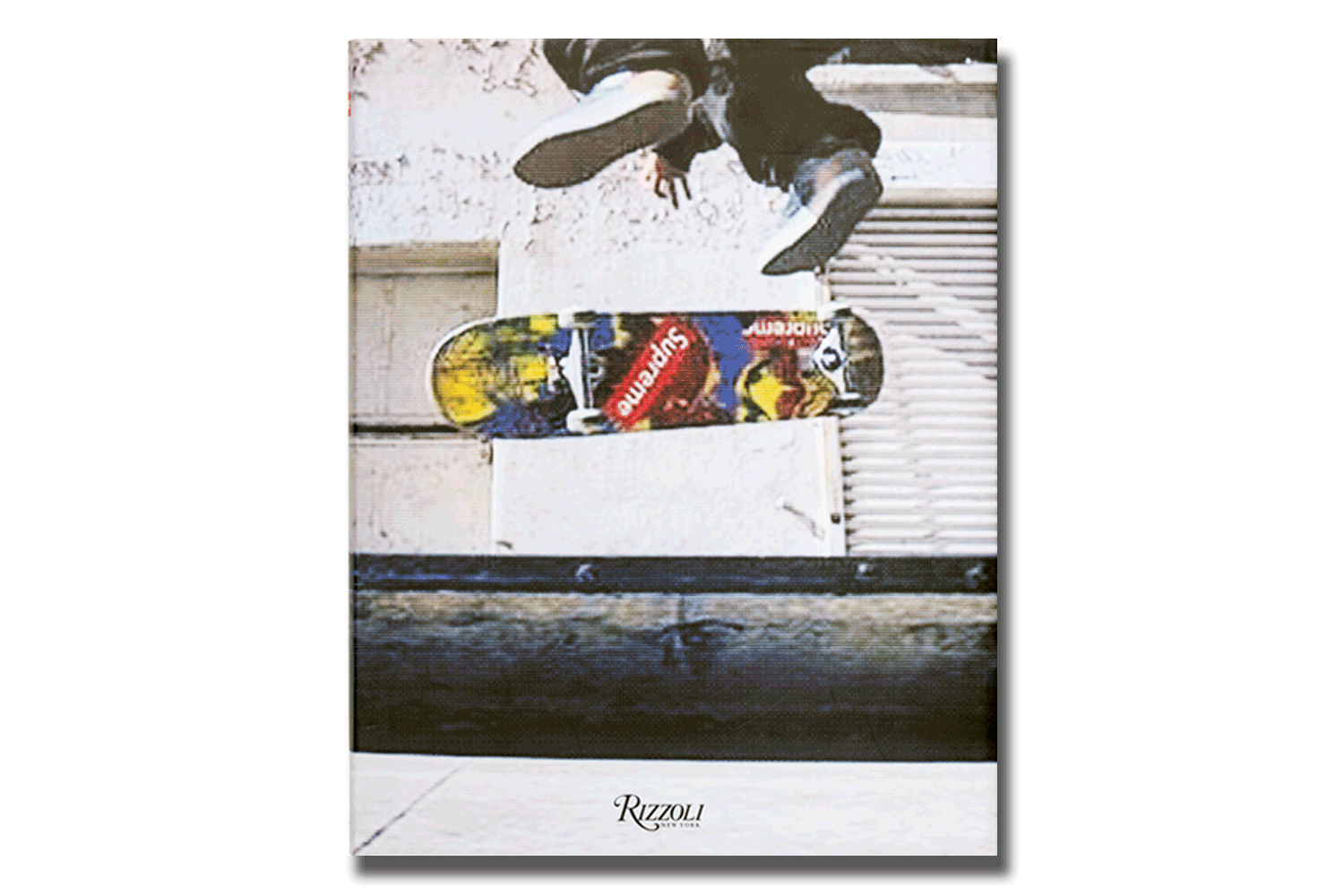 In the time since this book came out, Supreme has gone from a cult skate brand operating in the shadows, to a fashion powerhouse that conjure a scarily large amount of global influence and this week were valued at over $1bn. This tome from Rizzoli is a must for anyone interest in the brand and their renowned flips on cultural references in the form of T-Shirts. 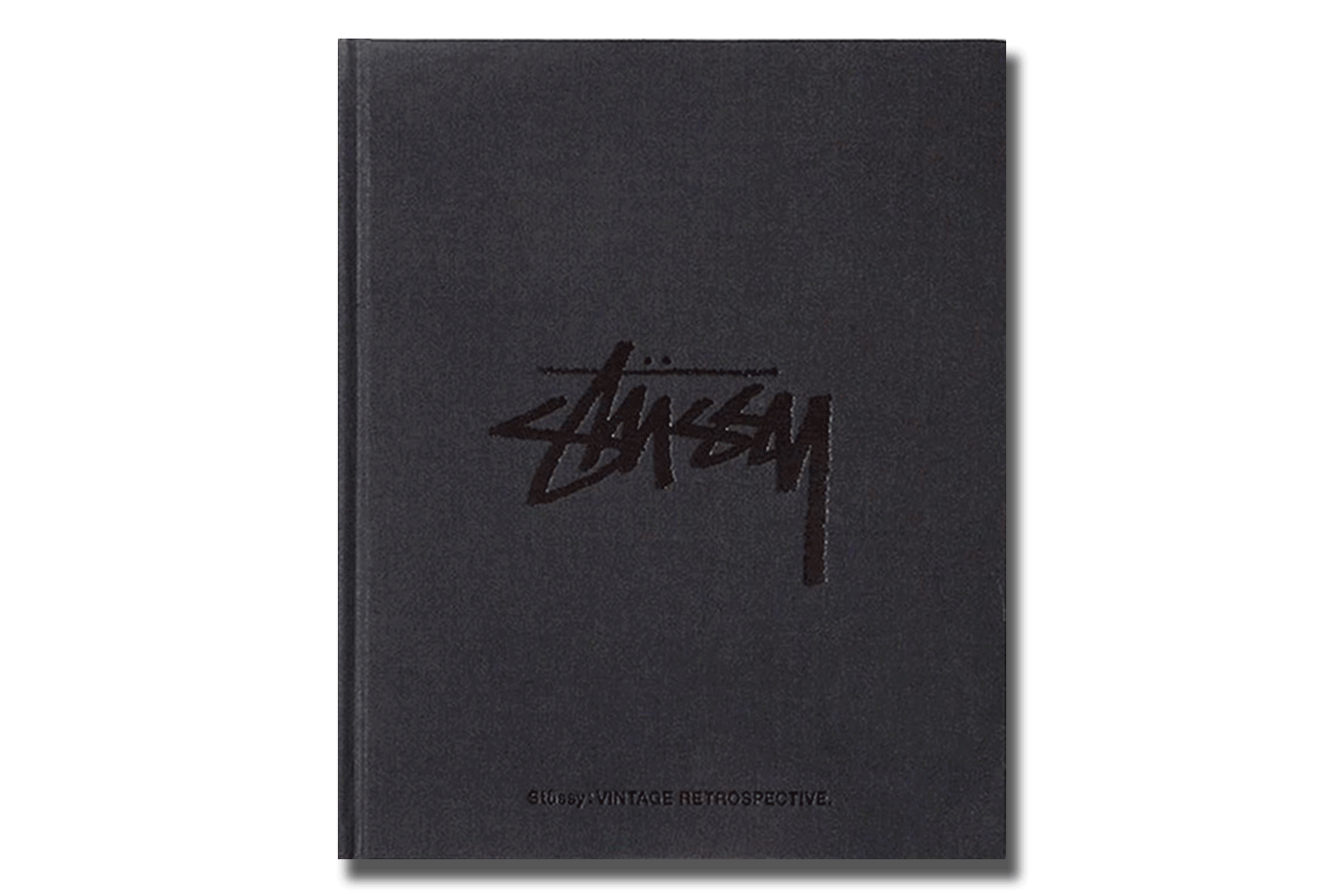 Another great brand retrospective, this book was released for the 25th anniversary of one of the most important brands of modern times – Stüssy. A real archival approach to documenting a brand history, this book features a wealth of T-Shirts that have since inspired many other streetwear brands and designers. 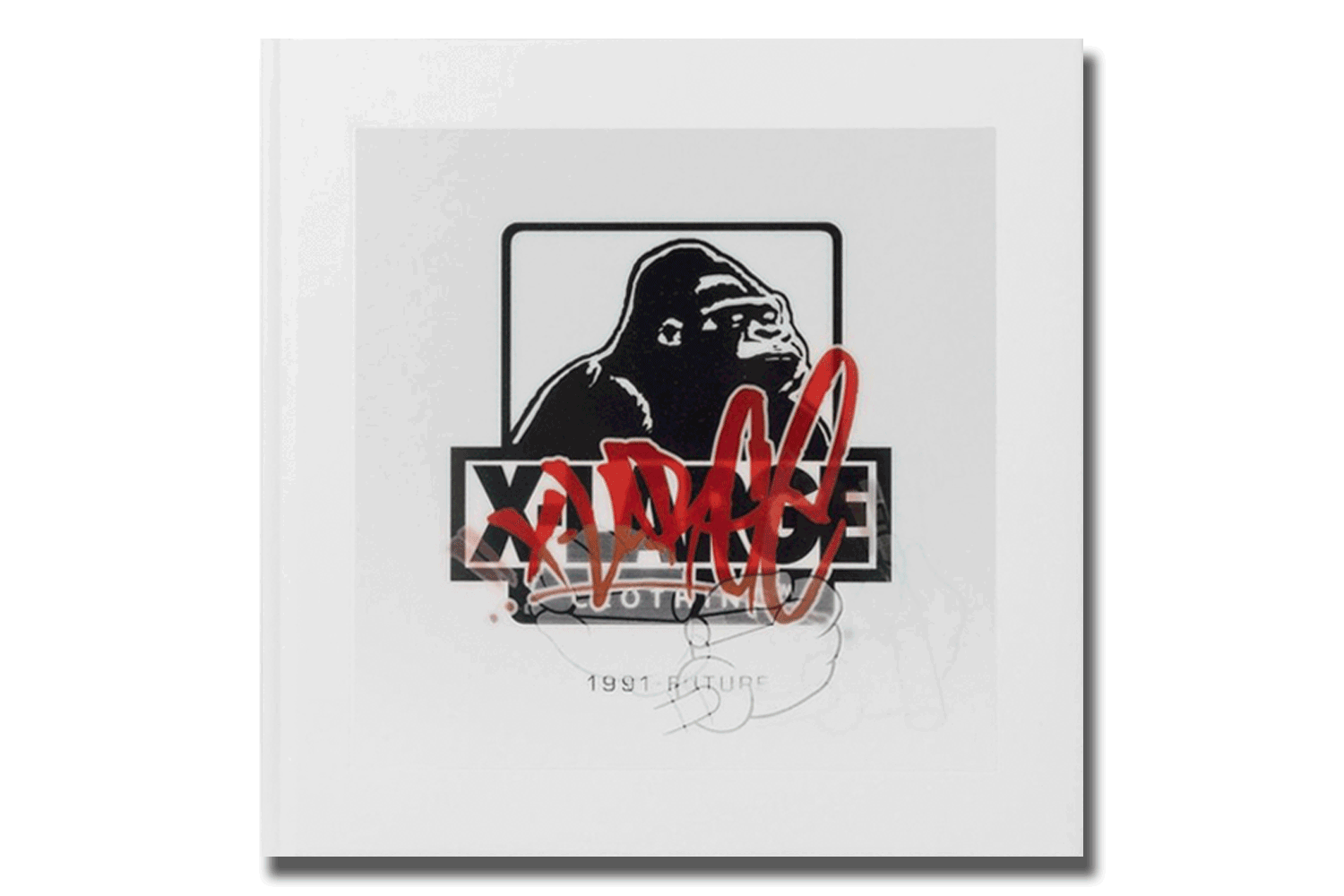 Created to mark the anniversary of one of the original streetwear brands, X-LARGE, this book was made in partnership with clothing historian Rin Tanaka, the man behind the My Freedamn! series of books that also feature in this list. 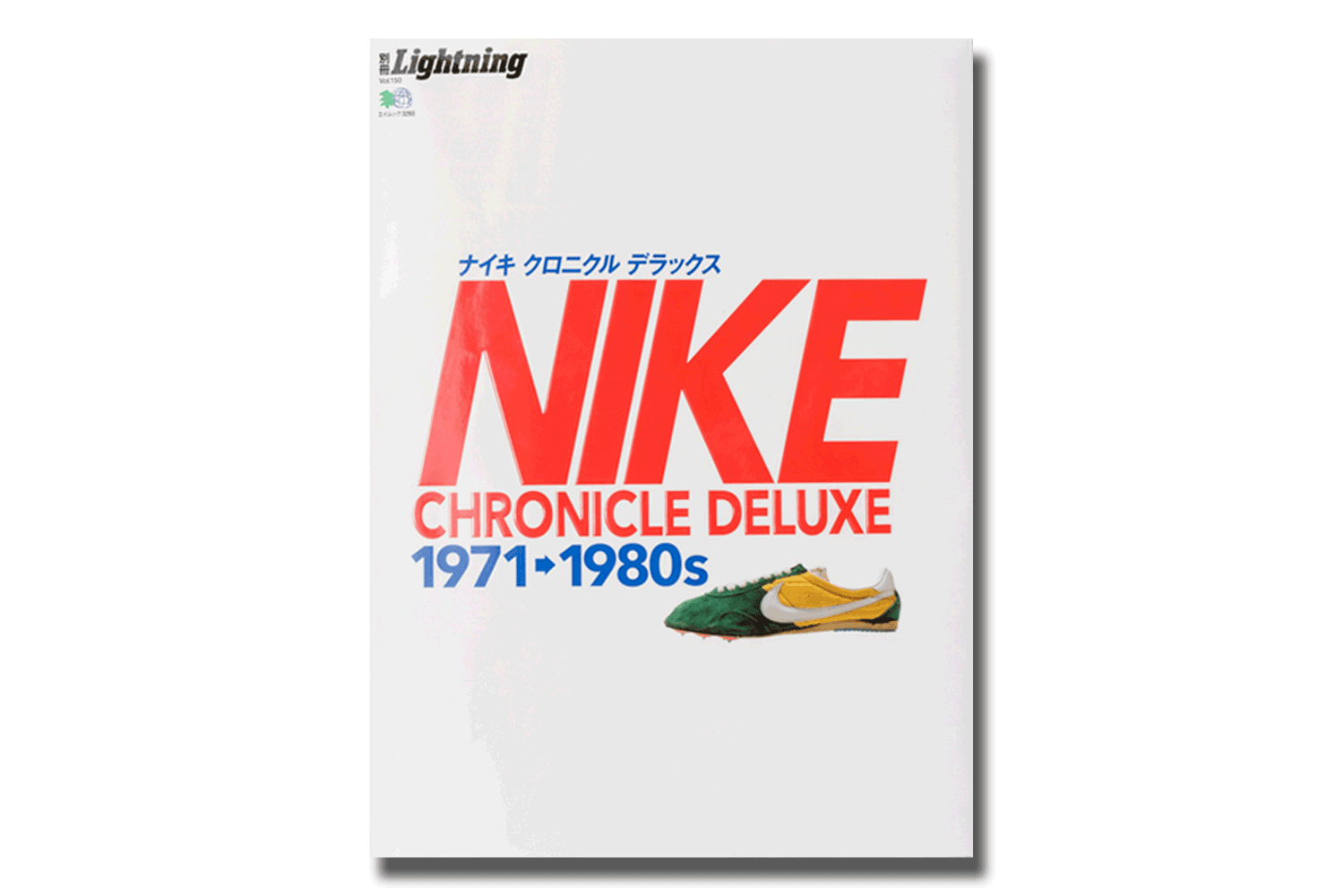 An iconic publication for any vintage Nike fan, often referred to as “the bible”, this is the original version of this Lightning Archive classic. Revised in 2016, the “deluxe” edition features additional pages and a decent selection of additional T-Shirts alongside all the sneakers. If you want to see the roots of sportswear, the Nike promotional T-Shirts featured in this book are a good starting point. 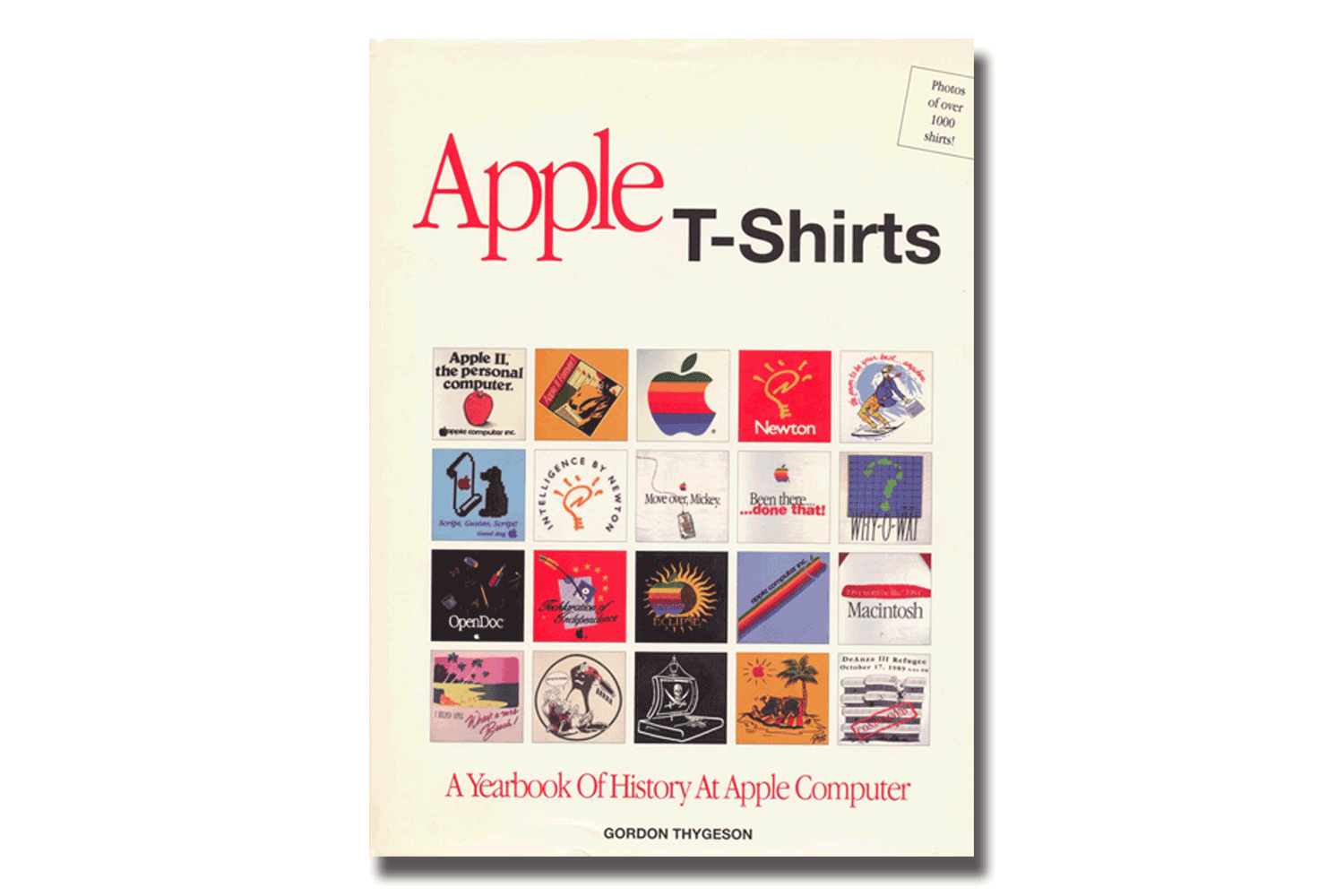 Apple T-Shirts: A Yearbook of History at Apple Computer, 1998.

If you’re lucky enough to find this obscurity from 1998, and happen to be a big enough Apple fan to fork out for it, then snap it up. These days, the only Apple T-Shirts you’re likely to see are those on the store staff, but in the distant past, the brand used to churn out all kinds of merchandise and time has made it iconic, helped in part by Drake wearing a vintage Apple jacket at the 2015 WWDC and blowing up the internet. 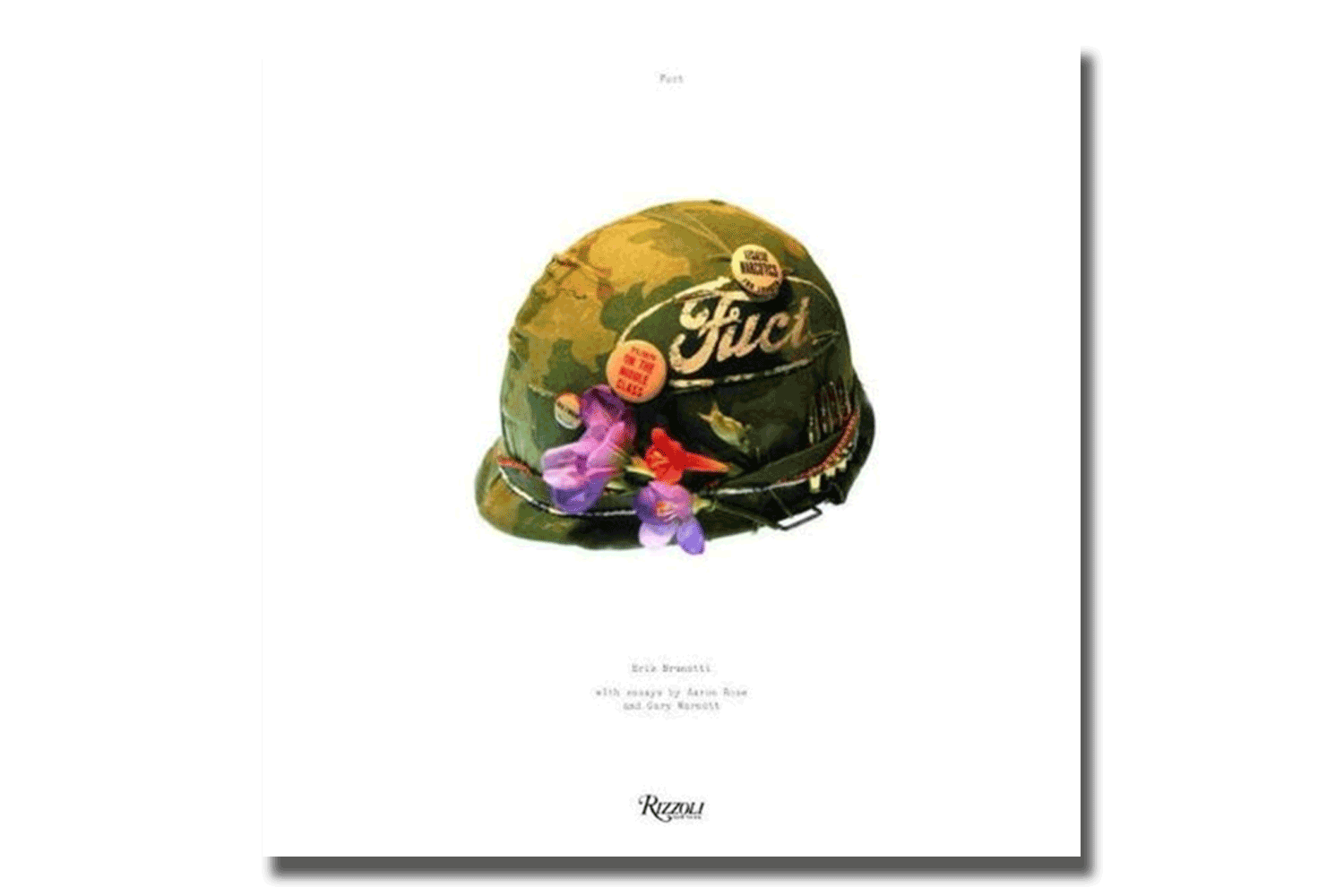 Another anthology of an iconic streetwear brand by Rizzoli, this one pays tribute to one of the kings of T-Shirts, Fuct. If you like well-executed logo flips and in-your-face cultural references, this one’s you. 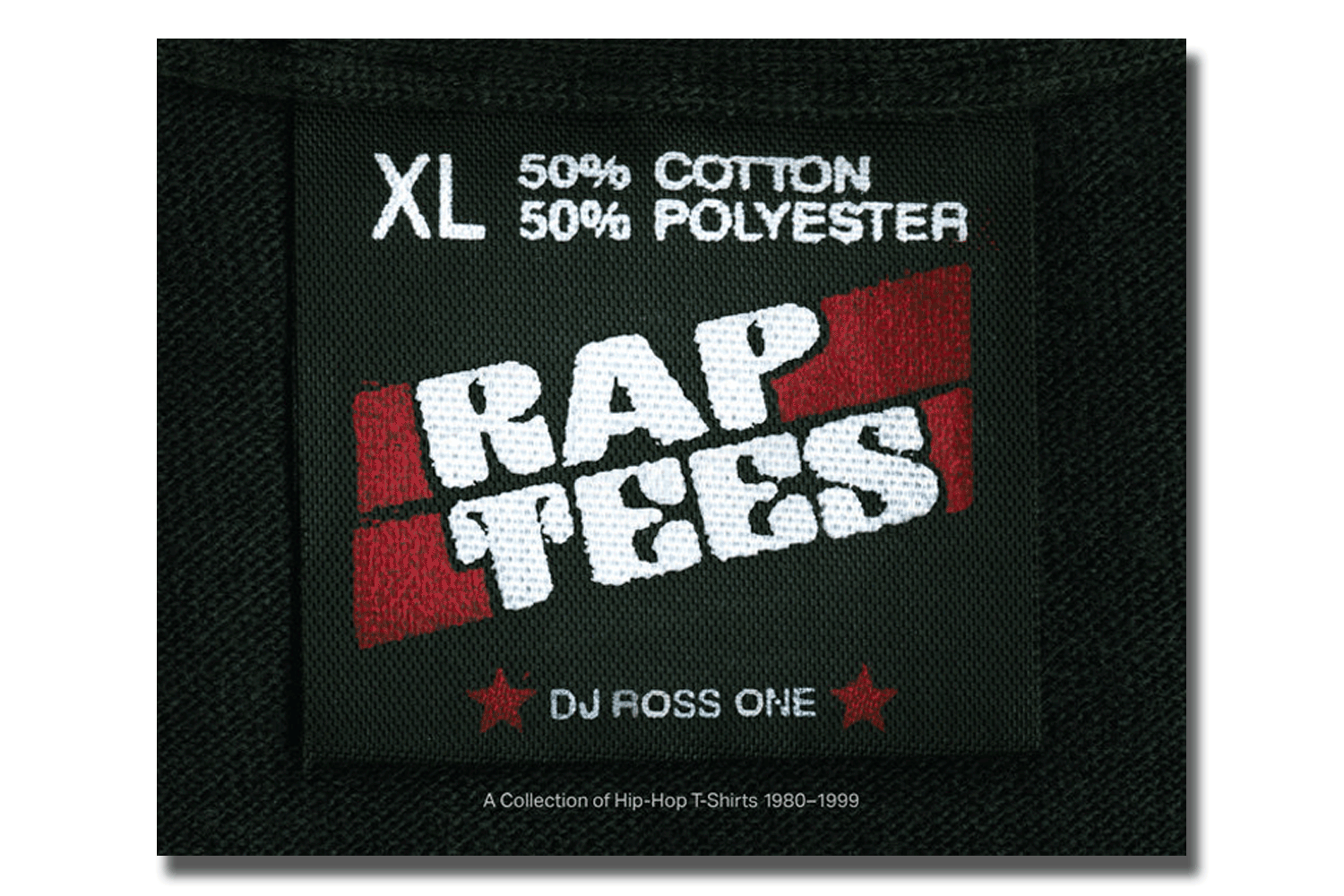 The book that documents rap merchandise. The title really says all that needs to be said. In an age where Kanye can sell screen printed Gildan tees for well over £100 each and in vast quantities, this book documents the beginnings of hip-hop merch in all it’s glory. 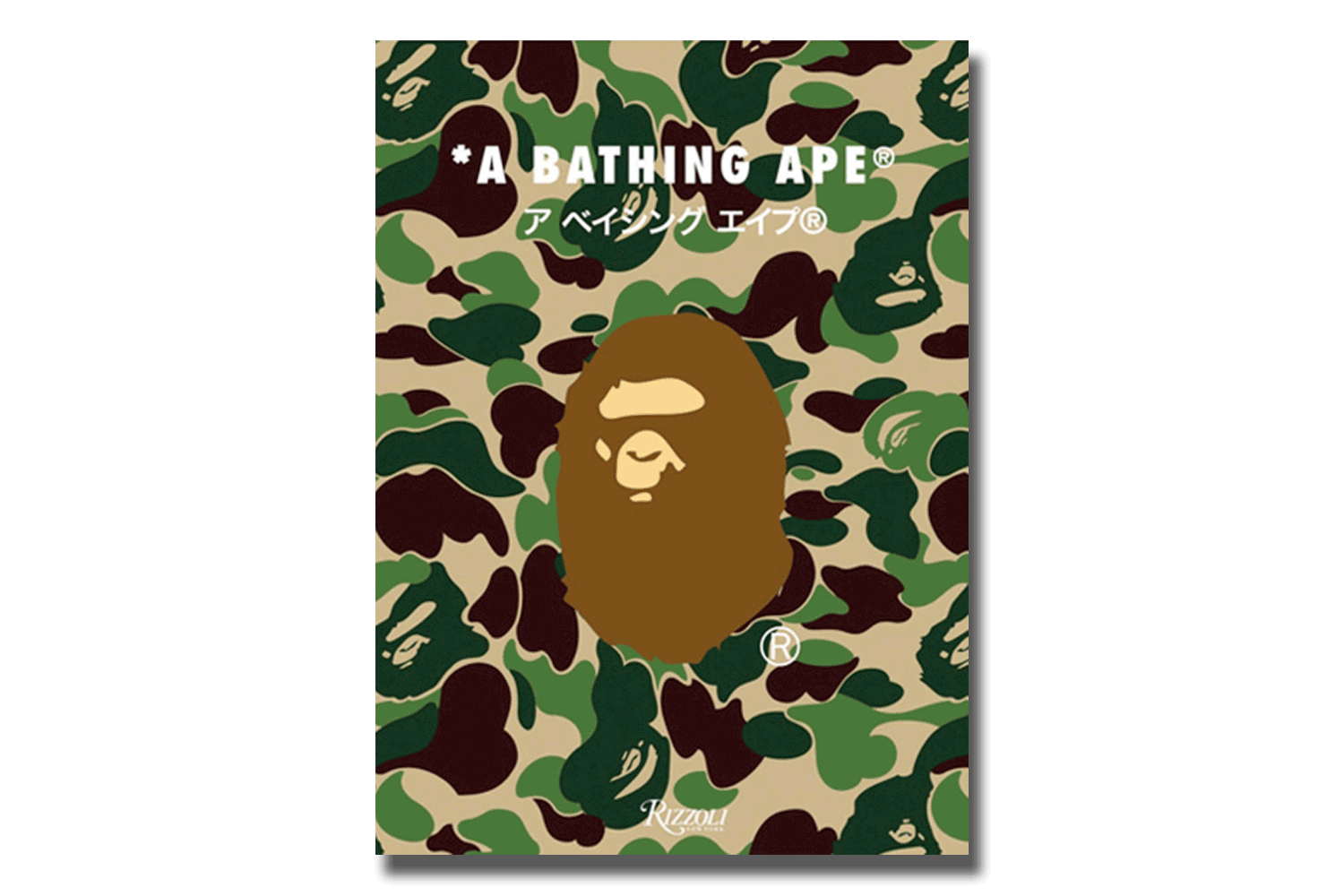 A legendary book about a legendary brand. This self titled anthology was one of the earliest of its kind, which is fitting as it’s about one of the pioneers of modern streetwear culture. First published in 2008 by Rizzoli, copies of this aren’t easy to come by today, and you’ll pay for the privilege to own it. 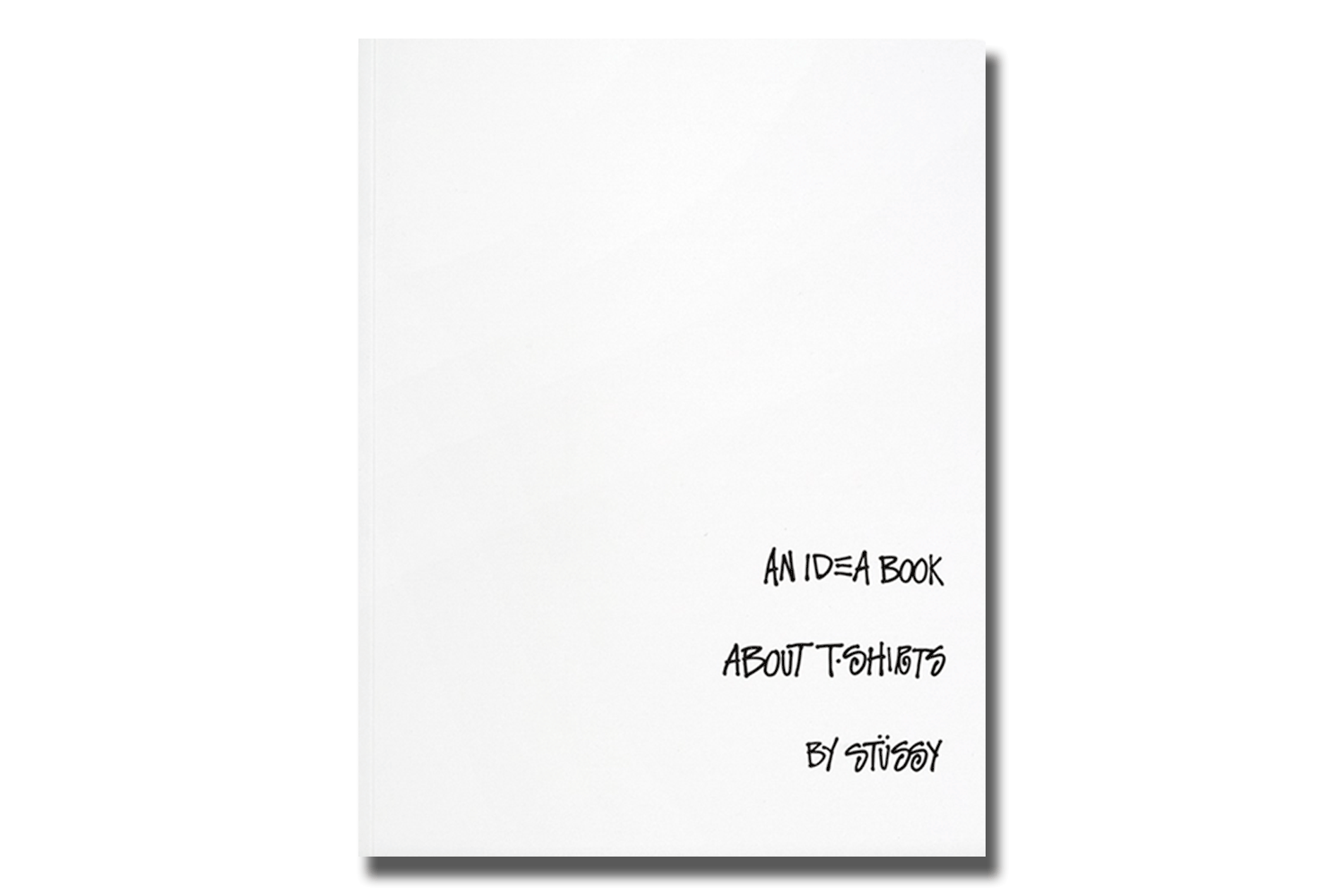 Recently published by IDEA Books and Stüssy, this book takes a different approach to documenting the history of this iconic brand to the other Stüssy book on this list. With a foreword by the late great Gary Warnett, a long list of the best photographers in fashion, and a bunch of original design sketches, this is a great addition to the bookshelf of anyone keen to learn from this brand and to see it in a new light. 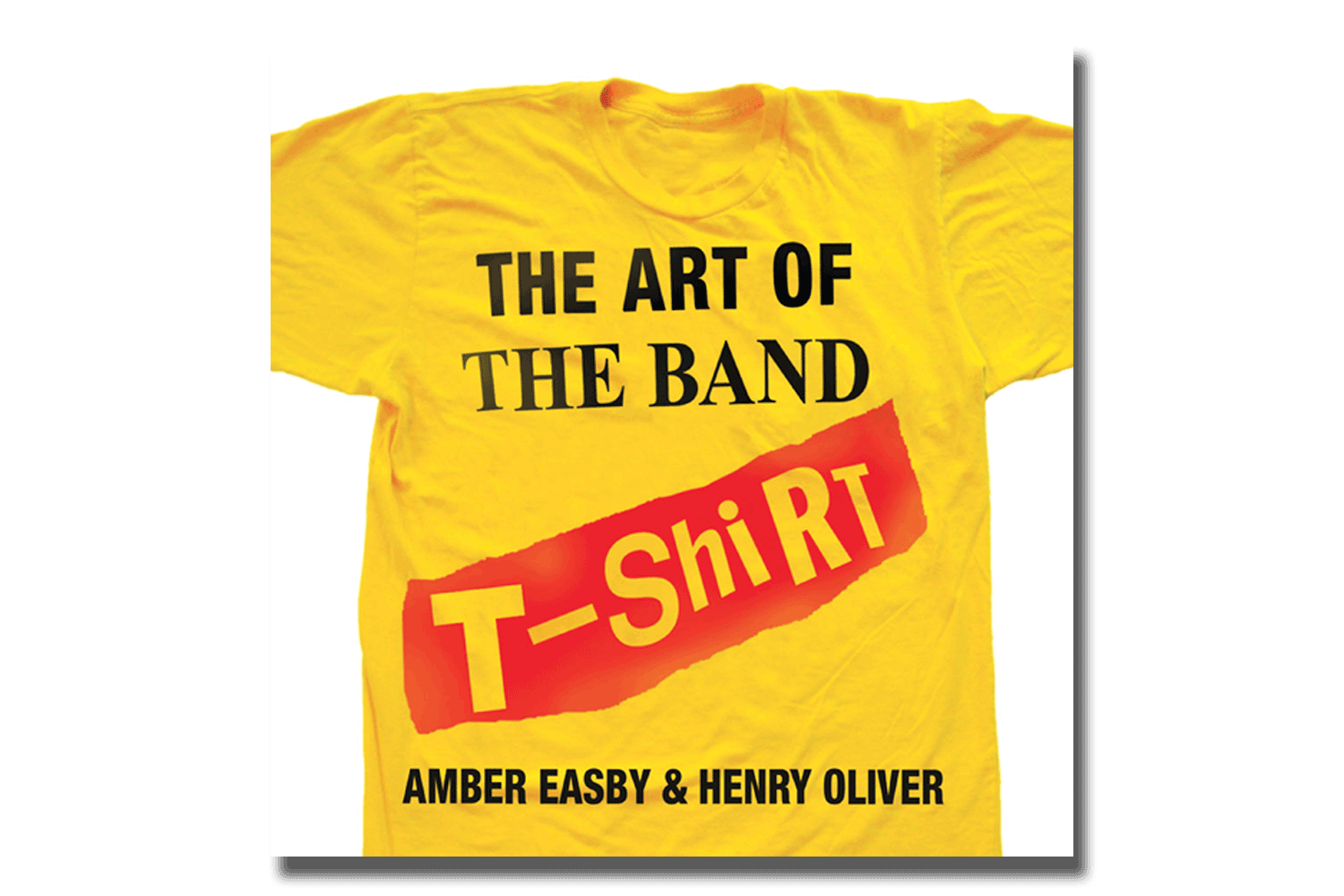 Now out of print, this book documents exactly what it claims to, band T-Shirts. An endless source of inspiration, a lot of the T-shirts featured in this book have in turn been referenced by a number of influential streetwear and fashion brands, most of which now have their own dedicated books and are featured in this list. This book isn’t the easiest to get hold of, there’s still a few kicking around second hand on Amazon. 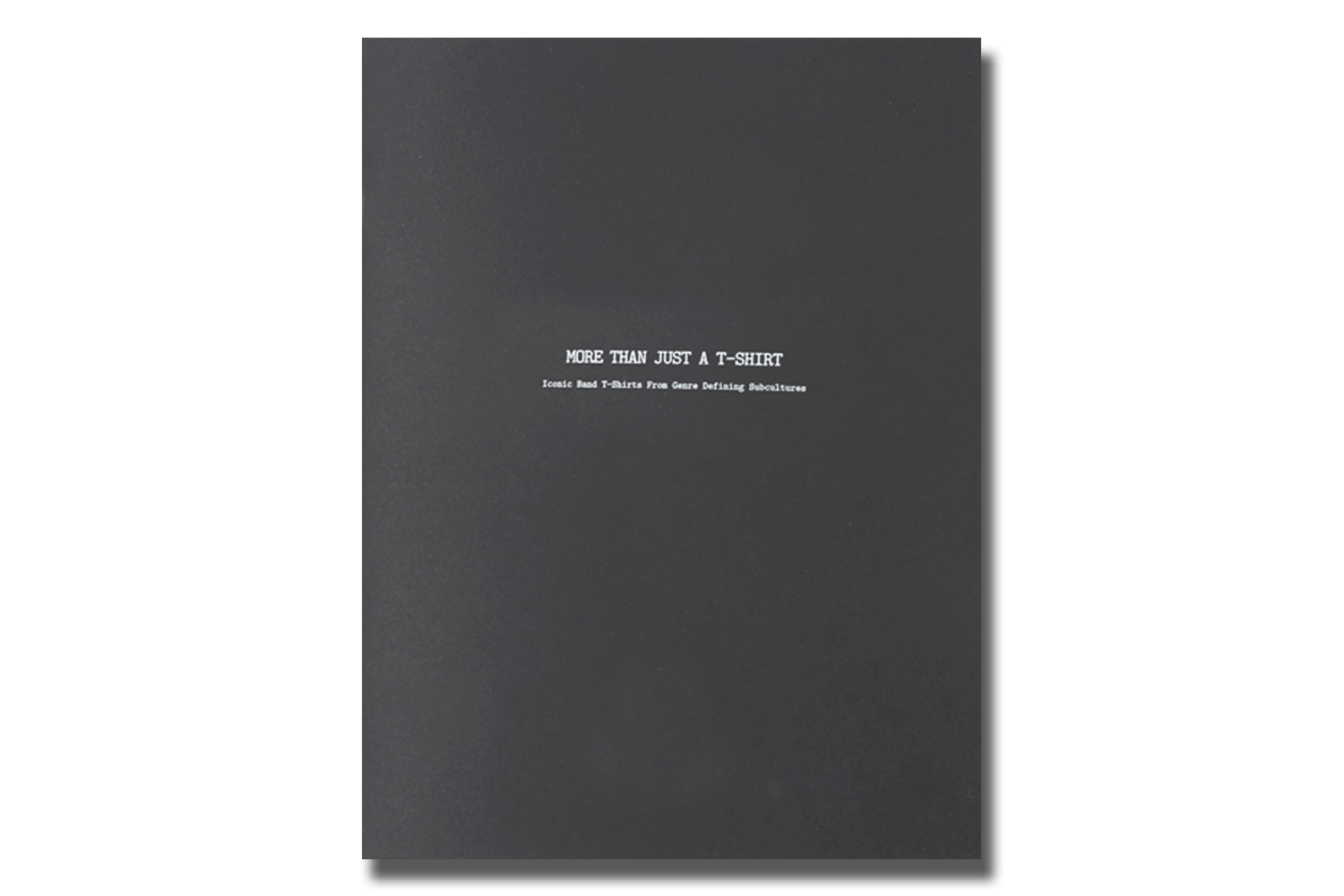 Created as part of an exhibition of vintage band T-Shirts at Goodhood in 2017, this book is limited to 50 copies and features iconic vintage tees from The Cure, Beastie Boys, Black Flag, Nirvana and Pixies to name a few. Get one while stock is still available.

Music to Work to: Mr Phomer

November’s playlist has been curated by London based designer and regular brand collaborator, Mr Phomer.

Ripped Off: How Bodil Jane Is Reclaiming Her Counterfeitted Art

Recently, Bodil encountered one of the fashion industry’s biggest global problems: counterfeiting. Counterfeiting can be a lucrative business; in 2016 the annual value of the trade was estimated at about half a trillion dollars.

Never Not Working: Josh Saunders on the Importance of Process

After getting to know Josh, we weren’t content to leave it there. We had to understand the thinking behind his process more clearly, and look to tease out the lessons from his work ethic; lessons we hope will inspire and motivate others on their own creative journeys.

News — 4 years ago
Previous Music to Work to: Mr Phomer
Next Get to Know: Lydia Yang